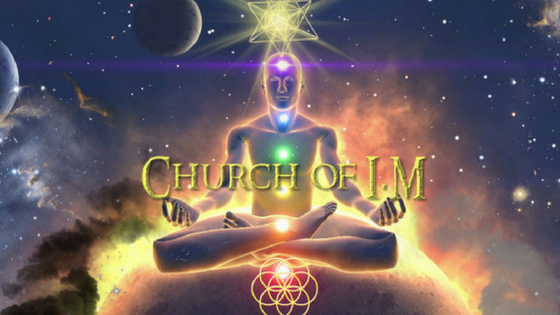 Karma is the wheel of energy constantly turning. I see many do not believe in Karma, because many do not believe in past lifetimes. In order for karma to affect anybody, they must have an ancient past. Karma is something that is accumulated over time. Throughout your ancient history, every thought, emotion, action, and spiritual working, has a karmic effect. For those who accumulate good karma, they will have wonderful easy lifetimes, full of blessings and love. They will have to want for nothing, and they will not struggle, unless they have karma in another area of their life. Everybody has some kind of karma, somewhere and somehow.

For people that have accumulated nothing but negative Karma, they will have a very hard life. It is their choice, of whether they will live on an easy, or difficult level of learning. Every soul gets the chance to decide whether they want to live on a difficult or easy level. They decide this in their soul contract. The soul contract is the plan and description of what a soul wants to experience in their next lifetime. What they built up in their lifetime, that they are living at the moment, is what they will ultimately take with them into their next contract. That includes unfinished lessons, vows, promises, or agreements. As well, as any hurts that were not made up for, a lack of closure in certain situations, and any darkness that they have put out into the world. What you put into the universe, you bring back to yourself in another experience.Even the things that obsess about now, become a part your next journey. So do the subconscious memories and thoughts too.

Everything creates Karma whether good or bad. That is why it is crucial for a living Spirit to be aware of what they think, what they feel, and what they do. Did you know that your thoughts and feelings are more powerful than your actual physical actions? This is true, the Creator states, that even if you thought of something it is the same as actually doing it. That is because you are not really a physical being. Your real true self, exists on the spiritual plane. And thoughts manifest into reality eventually. Yes they do…. Hello!

Whatever you think of, is almost as bad as it being actually done. That is why we are meant to be up your thoughts and motivations. There is one karmic law that you really have to follow. And what that is, is to do what you will, but harm none that is the whole of the law. And that was according to Aleister Crowley,a wise but dark magician. But at least he had that piece of information correct! Many people do not realize that they harm each other in so many different ways. Many claim human nature, but how can that be, when human nature was not meant to be full of mistakes and regrets? That humans themselves took their wisdom and played a huge role in their own downfall through wanting to be their own Gods. The Greeks even knew this. As they slowly did away with their Gods. it was a mixture of Higher Dimensional beings teaching too much too fast, and humans taking that knowledge and thinking because they had it, that they were somehow equal. Gods themselves, over the Earth, while the Gods had their spiritual kingdoms and other domains. Was it as easy? Obviously not. As humans slowly lost their connection to the Gods and to spirit, they became more attuned to the world in which they chose to be rulers over, and saw that it would not be an easy task continuing on in this state without somehow at sometime losing power.

Therefore, those who had a great authority from some of their hybrid blood, started to use it over others to gain domination over the world, and then placed extended family members in other areas conqoured, in order to keep alinaces and positions of power. Only now, instead of the Gods, they would to contend with one another. As I stated in truthology the course, and other articles, a glbal game of Monopoly. If you look around you, you will see. Many were governed by their rulership and direction from then on. Only to know, what the powers before them allowed. Then man was led to their own injury because they were told what to not do, witht he laws. But they were not told what to do. They had to live their lives around the laws and guess what was the right fate for themself. That brings us to where many are today. For centuries,many souls have been guiding themselves against the path defined for them by the heavens, and their ruling power. Ruling power? Yes, some have a higher self, and this is the part of them that connects to the spiritual government somehow. In that, of course there is a deity to rule over families, domains, areas, lands, virtues, aspects of life, and times. Knowing what your book of life was supposed to lead you to, helps. However, you would need someoen who has access to the records to look at how the story should have went, so as to see how it was meant to end up for now. So far, all that is clear, is that you have crafted the path you are on (for older people, the path you have taken), and where that got you now. And most people will say, unfulfilled, incomplete, feeling like something is missing, and having made tons of mistakes.

For all that you place your focus, that is what will go with you as it becomes a part of your consciousness. Like those who wish to be wealthy, and obsess over it, in the next life they will obsess over wealth and become a workaholic. For people who long for love, their whole life will surrond love, including the notions of love you picked up in anything you read in this life. You will look for a love life similar to what you made yourself believe love looked like, in the next life. In a negative sense, those who do alot of drugs will have a slower consciousness.  Iknowmany do not want to hear this, but I have to be honest. What you do, think, say and feel, your interests, and desires, and mistakes, all pave the path to your next journey. You also have to keep in mind the complexity of the issue, in that some of what you desired in childhood, may have been your purpose coming through. As a result of the path you made. Even now looking back, have you lost the opportunity to that too? Karma is then made. Double time. Your true purpose as to why you are here to begin with and all of the paths and lessons you should have taken. Plus, all that you did take, and miss out on on your own.

Getting back on track with your true purpose is benficial to have all unfinished business here on Earth, done and over with. Clearing out negative karmic energies, and then fixing all old stale connections, and ties, can make the transition even easier. Some may find getting back on track, serves a purpose much too late in the game. It may be a bit late for some. However, it is finding a new purpose that somehow compromises with higher self, that is the next best step.

In all, what you in this life creates some of your path in your next lifetime. This is where you ask yourself, “What am I thinking or focusing on, or doing..that is defining my path negatively?  Are you purposeful to others, and this world? Keep in mind, all that you put out into the Universe, is what you absolutely get back from it.  Even thoughts,as these are actions, just on another vibration.

More to come on my YouTube channel, this year. Hope to see you there.