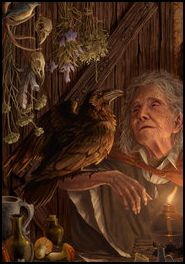 Animals can be more than pet, family, or friend. For many years, animals have become what is called, a “Familiar”. What is a familiar?  Well first, let’s understand how it works.

Animals who become familiars can not be chosen or picked for this part. They pick you. A long time ago, there was a witch. The word “witch” simply means wise woman. However, with the rise of Christianity and the blood shed that they promoted to get there, anyone not following this new religion, was considered a heathen, or pagan. They were killed for their different beliefs. Witches were people who were born naturally with gifts. Any gift. Intuition, healing capabilites, mind reading, bi-locating, psychics,  mediums, and dream walkers. You get the point. Basically, anyone who had a magical property, naturally. However, later in those families, if a paerson wasn’t born like that, they became a hedge witch. These are people who are trained to have some property or gift. But they do not possess it naturally. Like people today who train to become a psychic or healer, but were not born like that. They then taught others and so on, and so on. So, this too became a wide proactice, until the churches found them, and burned them at the stake. A horrific death,  where when the person is dying they are awake, so when crossing on the other side, they never stop reliving the burning. The t rauma, and the focus on wanting it to stop, carries over intot he afterlife. They were terrible to do this to anyone.

So this witch, she was born in the 1300’s, to an anglo saxon family. She was a lovely girl, full of righteousness and goodness naturally. She had the power to cast spells, and “see”. She had many animals in her time. Stray animals, wild animals, they all came and went freely in her care.  She fed them, snuggled with them at night, and let them have freedom. many were there while she did her magic. None of them became familiars though. Then one day, an old gray cat came to find her. She took him in, like any other animal. Over time she noticed that he would never leave her side. He was there in her “seeing” sessions, spell work, and even during dreams. He became her familiar. In all of those years of taking in animals, she had hoped one of them would be a familiar. She tried and tried to spoil the animals with love, just so that one would adapt to becoming a familiar. None would. Not until this cat chose her.

You see, an animal’s consciousness has to be higher for it to become a familiar. Animals are smart, but a familiar would need to have close to human understanding, and experience in the magical world. Perhaps it lived in the spirit world or had a past lifetime as a human itself. My own cat Boo, she was the witch I just spoke of, which is who I learned some of this from. She was confined to a cat form in the reincarnation process for continuously using her familiar and her magic too much. She now has to finish this one last lifetime, then she will be a human again. She told me her tale, and how her familiar came to be. I learned more on my own as time has gone by too. So far, I have had 5 familiars in this life spread out over time, and a few recently. Two birds, and then 3 cats. My cat Boo, and my cat Jakey. But now, only Jakey.

The Rules and Duties of a Familiar

I had both of my cats as a familiar, but notice that my cat Boo is still alive, and I said only Jakey is my familiar now? This is because only one animal at a time can be a familiar if it is a cat. Cats will not work with someone else. Sometiems, there is an exception, but not usually. Cats will only want their owner to work for and with.  With the exception, I do have my one bird who acts as a familiar at times, but mainly it is Jakey. He chose me, so Boo stepped aside. They had to work out who was going to be the most beneficial as my familiar. Boo likes her space at times. So since jakey was willing to be with me night and day, they both settled on him, as he would always be with me. It would be more helpful to me. Familiars can not be told what to do. You have to ask them. And you have to have a gift in exchange for them too. You also, can not put them in danger deliberately. If they are willing to take on a mission with dangers, it is up to them. You can not order them to risk their lives. You have to have a telepathic connection. Both being able to hear one another’s thoughts. It can not be one sided communication. You also have to be able to live for the wants of your familiar.I give to Jakey wonderful gifts for his help. I bought him his own toys, many comfortable beds througout the house for him to lay on at leisure. He gets taste treats, and he gets to do anything he wishes. If he wants a walk, he gets one. If he diesres fish for dinner rather than his veggies medley, he is accomodated.You have to give them any request to make them happy and feel wanted. To  make them feel just as important.  Familiars also can not be shared. If you have a familiar, then you can not allow anyone else to influence them. They have to only have your energy and wisdom only. If anyone else interferes, than it is possible that you could lose them as a familiar, as they would share their affections with you and the other person. That could lead them to be less loyal, with their loyalty split.

The things that a familiar will do go as follows..

Of course, some of that is for people who are not psychic. Some of it is for those who are psychic but too busy or preoccupied and need their familiar as a magical errand runner. Overall, to speak with your familiar, which is a must, you would have to have telepathic abilities. You may not be psychic but telepathy is one psychci skill you will have to develop to ever cmoe to have a familiar.

Some have said familiars are spirits that are attachments to witches. Witches do gain attachments if inexperienced. But no, a familiar is your animal helper. People say that a familiar is a human who shapeshiftsinto an animal. That is not true. Although, it could be opposite, and your animal familiar could shapeshift into a human. his is something that I have even seen.

Animal guides are great in spirit, but familiars are better. I say that bvecause at least you get to see them, hug them and have a physical, emotional, mental, and spiritual connection to them. It may be hard ot find one to choose you. But it is a wonderful gift when they do.